You may have seen the recent news stories about teens being hospitalized due to complications from vaping.

Here’s why you have to care about this!

The truth is, even if you haven’t seen them or their friends with an e-cigarette, it might be because you don’t know what vaping products look like! And, even if they’re not vaping or juuling? They know someone who is.

3.6 million teens vape. In a generation where smoking rates WERE dropping – because teens and tweens were too savvy to be sucked into that terrible habit – the vaping industry is suckering them just as much as Big Tobacco did to our generations and our parents. Teens believe that it’s a big deal or not as dangerous as cigarettes, but they’re wrong (vaping has even been linked to a few deaths) and you need to talk about it with your kids.

What Age Should You Have the Conversation?

Kids as young as third grade need to know what vaping is and what Juul pods look like. It’s just an easy google image search away, so don’t be afraid of showing these things to your kids.  If you don’t show them, when someone else does, they won’t know what it is.

You should be talking to middle-schoolers and high schoolers as well. They are probably seeing friends or people they know do it. They are actively deciding each day if this is for them, and need to know the dangers and what it can do to their bodies.

If you aren’t really sure what vaping and juuling is, here is a brief breakdown.

The technical definition is: the action or practice of inhaling and exhaling the vapor produced by an electronic cigarette or similar device. Basically vaping is a way to get (usually nicotine filled) vapor into your lungs.  It’s addictive. And the sweet flavors increase brain changes to make it even more addictive than cigarettes.

Juuling and vaping are the same except juuls ALWAYS have nicotine. Juul is a brand of e-cigarette that looks like a small memory stick and it’s so popular it was made into a verb, “juuling”. Teens seem to flock to juuls because they are sleek, easily to conceal and often have fruity flavors. Juuls are easier to hide from parents, teachers and other adults.

Why is it dangerous?

One Juul pod is equal to smoking 20 cigarettes in a row. Yes, I’ll say it again. 20 CIGARETTES.

Even if the vaping liquid doesn’t contain nicotine (and there are only a few that don’t), don’t let the fruity flavors fool your kids. The chemical composition of these liquids is chemically close to smoking windshield washer fluid.

Some of the most dangerous vaping out there has to do with THC. The truth is, there is a lot that we as physicians still don’t know about why this is harming people as much as it is or why it’s causing higher rates of addiction, so it should be a concern for parents, too.

How should you talk to kids about vaping?

In this video I break down how to talk to kids of each age about vaping. Will you watch it and start the conversation with your kids today?

How Can I Help? 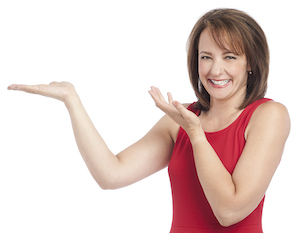 A Little Bit About Dr. G

A widely recognized media personality, Dr. G is your go-to expert on resilience. Countless broadcast outlets rely on her contagious humor and illuminating stories to tackle tough topics. She is regularly seen on TV, as well as interviewed for print and digital outlets. Here, she’s answering your questions. Search for the answers you need, or ask her your question now!

A Newsletter All About Resilience

Sign up below to join Dr. G’s newsletter and discover how to ‘Do Stress Better’ and tap into the resilience that already exists inside of you.

After pressing submit your forms will be sent to Dr. G and her team. You can expect a response within 1 business day. 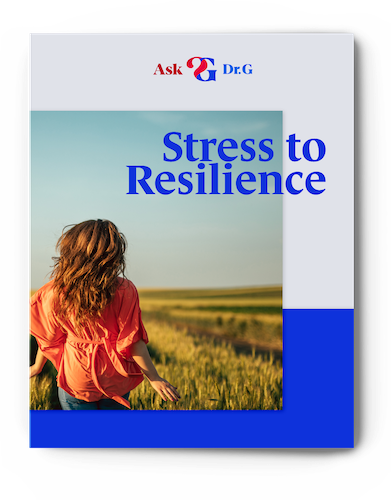 Insights to Transform Your Stress Into Your Resilience​

Please let us know where to send the Stress to Resilience guide and we’ll send it quick!